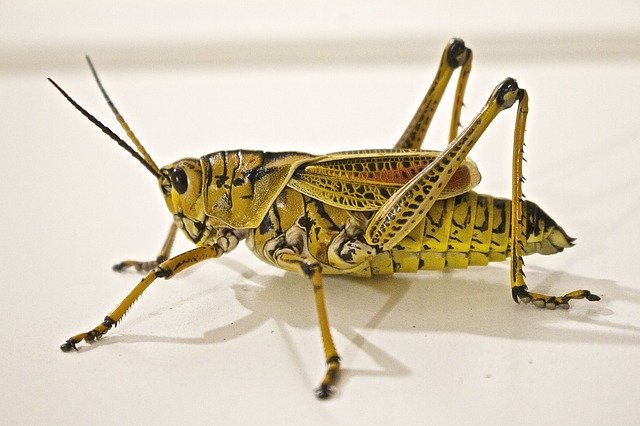 Outbreaks of the insect attack have been reported from Gujarat, Rajasthan, Maharashtra, Madhya Pradesh, Punjab, Haryana and Uttar Pradesh. Last year, Gujarat and Rajasthan had reported infestations. But it could be worse this year because of a chain of climate events, administrative laxity in several countries and the difficult circumstances brought on by the COVID-19 pandemic.

“This time the attack is by very young locusts who fly for longer distances, at faster speeds, unlike adults in the past who were sluggish and not so fast,” Indian Locust Warning Organization. According to Food and Agriculture Organization (FAO) spring-bred locust swarms, which migrated to Indo-Pakistan border and travelled east to northern states, are expected to return back to Rajasthan with the start of the monsoon in coming days.
These swarms will return to Rajasthan to join other swarms still arriving from Iran and Pakistan, which is expected to be supplemented by swarms from the Horn of Africa in about mid-July. This locust attack has affected about 90,000 hectares across 20 districts in Rajasthan.

The last big infestation was in 2010. There were 13 locust plagues between 1964 and 1997. From 1997 to 2010, there were five outbreaks that were controlled. From 2010 to 2018, there were no major swarms or breeding reported, according to the Locust Warning Organization (LWO), in Jodhpur. In 2019, Gujarat and Rajasthan reported a significant surge in locust infestations. Nearly 3.5 lakh hectares of cumin, rapeseed and mustard were damaged and officials had then said that it was the worst attack since 1993. This was partly due to an unusually long monsoon but also because pest-control operations were inadequate; therefore, nascent populations of the insect had not been wiped out.

What is a locust?

There can be a lot of confusion about what exactly a locust is. To the average eye, it's easy to mix up the critters with cicadas and crickets. The simple answer, though, explains Rick Overson of Arizona State University's Global Locust Initiative, is that locusts are a very special kind of grasshopper. Locusts belong to a family of grasshoppers called Acrididae. The Desert Locust (Schistocerca gregaria), found in various parts of Africa, Asia, and the Middle East, is considered the most destructive migratory pest in the world because they are highly mobile and can form swarms containing millions of locusts, leading to devastating impacts on crops, pasture and fodder.

Grasshoppers, or hoppers, are solitary creatures that don’t live in groups. But if driven by hunger caused by drought or food scarcity, they start to gather together while foraging for food.

In ecology, gregariousness is the tendency of animals to form social groups to hunt or eat together. It tends to induce hoppers to start coordinating their movements and form swarms. Gregarious hoppers are referred to as locusts.

There are three forms of swarms: Small pockets confined to certain areas, called outbreaks; slightly larger groups, called an upsurge, that are still geographically confined; and mega groups, called plagues, of locusts that are separated by breeding locations but gather together in swarms.

Locusts are believed to become gregarious when they constantly touch each other on their hind legs. The touching and tickling of hind legs release a large amount of serotonin, a ‘happy hormone’ also found in humans and released in the body during exercise.

A small swarm (1 km2) can be made up of 80 million locusts and can consume the same amount of food in one day as 35,000 people, while a large swarm can eat up to 1.8 million metric tons of green vegetation, equivalent to food enough to feed 81 million people. Locusts breed very fast and— a single female locust can lay egg pods containing anywhere from 80- 150 eggs.  Locusts do not attack people or animals.

Where is the current Locust outbreak?

Swarms of desert locusts are threatening large areas of pastures and crops, overwhelming countries in the Horn of Africa, the Middle East, and South Asia. The UN Food and Agriculture Organization (FAO) says these swarms represent the worst infestation in 25 years in Ethiopia and Somalia, in 26 years in India, and the worst in 70 years in Kenya. The crisis has affected 23 countries to date, from Pakistan to Tanzania. This is a single global outbreak, and if it reaches plague levels, it could cover 20 percent of the earth’s land mass.

How can locust swarms be controlled?

Locust swarms move quickly and are unpredictable in their movements. This makes it challenging to contain their growth and spread. Safe and effective use of pesticides, including biopesticides, through aerial and ground spraying is necessary to reduce their propagation and prevent their spread to new areas. The World Bank is coordinating closely with the FAO, which is the leading technical agency globally on desert locust control, other partner organizations, and countries to develop integrated pest management plans and to support countries to undertake safe and effective control operations.